How to Isolate and Treat Protracted Withdrawal Symptoms

In an article on thefix.com, Dr. Sack talks about protracted withdrawal syndrome (PAWS). PAWS is the name of the condition that leaves recovering addicts and alcoholics feeling the worse for wear. PAWS is a series of post-acute symptoms of recovery from dependence on drugs including benzodiazepines, barbiturates, and opiates. Dr. Sack is quoted saying, ?the brain has tremendous capacity to heal, but it doesn?t heal quickly. In general, PAWS symptoms peak around four to eight weeks after quitting.? Read the entire article here.

The High Risk of Relapse Leading to Accidental Overdose

In ?The High Risk of Relapse Leading to Accidental Overdose? on thefix.com, Dr. Sack explains that, for addicts who relapse, overdose is an all too frequent occurrence. Dr. Sack says that it is this combination that proves fatal: ?The greatest risk to a person who is in early treatment and who relapses is the threat of overdose because they have no tolerance but also they often have poor judgment in how much they should be using.? Read the entire article here.

The article highlights a number of true stories where individuals have consumed large quantities of alcohol and have made the mistake of shopping while under the influence. Dr. Sack explains that, ?people who drink may be prone to other impulse-control problems because the part of the brain that?s involved?the reward center?is driven by both of those activities in slightly different ways. We see a fair number of people who, in addition to drinking excessively, go through spending sprees where they literally buy up the store and have tremendous remorse and regret because they may not even remember having done it.? Additionally, Dr. Sack notes that not everyone who has buyer?s remorse after an alcohol-fueled expenditure needs professional help, however, there are ways to protect yourself from this type of retail regret. Read the full article on Forbes.com.

Do You Have a Harmless Addiction?

In this HER Radio segment with Dr. Pamela Peeke, Dr. Sack explains that everyday activities that you may find to be therapeutic (like shopping, tanning, or exercising) have the potential to become just as addictive and destructive as drugs and alcohol. Dr. Sack then talks about how your gender, genes, family upbringing, and mental health issues all increase your risk of developing a dependency. He also shares how you can seek proper treatment. Listen to the entire show below:

David Sack, MD, board certified in Psychiatry, Addiction Psychiatry and Addiction Medicine, reports that nearly one million American women are binge drinkers; and they aren?t just sorority girls. The more educated and well off women are, the more likely they are to imbibe, found a Gallup poll from 2010. Another study published in 2010 found that white women were more likely to drink than women of other racial backgrounds, though the rates for Latina and black women were rising.

Dr. Sack joins Dr. Peeke to discuss women and binge drinking and the science behind alcohol consumption on HER Radio. Listen to the segment below:

Dr. Sack talked to WGN-TV in Chicago about dealing with addictions during the holidays. The segment covered four components:

Watch the interview below

Dr. Sack is featured in a fiveÿarticles on Yahoo! Voicesÿin a series of articles regarding super morbidly obese individuals and their enablers.

The first article titled, ?Why Do Spouses of Bedridden Obese Overfeed Them?? Dr. Sack explains that the person who enables the addict, wants to show their unconditional love and acceptance for the obese individual.ÿ Many of these enablers believe that ?providing ?help? gives them some sense of control in an unmanageable situation.?

The second article titled, ?How Do Bedridden Obese Manipulate Their Enabler?? Dr. Sack discusses that ?changes in the chemistry of the brain can cause people struggling with food addiction to manipulate others if that?s what it takes to get more of their drug (food). If the enabler tries to stop enabling, the food addict may use a number of strategies to elicit compliance and may use threats, guilt and heartbreaking pleas that are extremely persuasive, especially when used against someone who is codependent.? END_OF_DOCUMENT_TOKEN_TO_BE_REPLACED

Dr. Sack is featured in the November issue of SHAPE Magazine. In ?Smashed,? Dr. Sack talks about binge drinking among women and the science behind alcohol consumption. ÿDr. Sack explains how judgment becomes impaired, stating ?Women who binge drink eventually become less able to pick up on the cues that signal danger, making them more likely to take risks.? 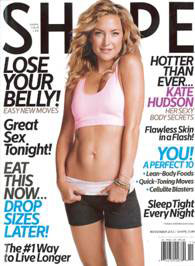 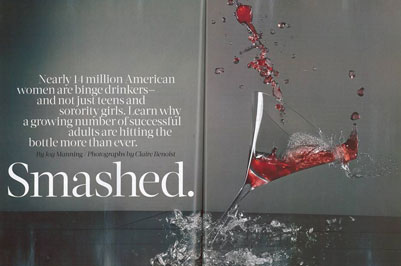 In ?Caffeine Concerns: How Much is Too Much?? Dr. Sack discusses how consuming too much caffeine can lead to caffeine dependence. Dr. Sack explains that ?there is no set amount of caffeine that will definitively cause dependence.? He also attributes chronic sleep deprivation to caffeine?s popularity. ÿAdditionally, Dr. Sack notes, ?We are a sleep-deprived nation trying to caffeinate our problem away rather than change our lifestyles.? ÿRead the full article here.

Sugar Is a ?Drug? and Here?s How We?re Hooked

In an article titled, ?Sugar Is a ?Drug? and Here?s How We?re Hooked? on Healthline.com Dr. Sackÿ discusses how sugar works like many addictive drugs and that the ?prevalence and promotion of sugary foods and beverages, coupled with how it affects our brains, make addiction an issue.?ÿ Dr. Sack also talks about how not enough parents are educating their children about healthy nutrition, and that the parents may be reinforcing bad eating habits.ÿÿ Dr. Sack also states that ?the biggest problem we?ve seen is that parents who are overweight or obese themselves feed these food to their kids and don?t see it as abnormal.?ÿ Read the full article here.