In Healthline News, Dr. Sack discusses how teens and young adults are more likely to use pot to cope with negative emotions rather than using pot to get high. Dr. Sack explains that when looking at the effects of chronic use of marijuana in late adolescents and young adults, you see chronic anxiety, emotional blunting and loss of motivation. Dr. Sack explains that part of the problem is that when young adults start using drugs their mood problems are exacerbated. Dr. Sack also states that 70 percent of teens who are admitted to treatment for drugs and alcohol had a pre-existing emotional problem ? either ADD, conduct disorder, antisocial personality disorder, depression, or bipolar disorder. Read the entire article online.

In ?We need to start child-proofing pot,? featured in the LA Times Op-Ed section, Dr. Sackÿdiscusses the dangers that the legalization of marijuana will have on children and that risks that children will grow up to believe that ?pot is no big deal,? when in reality, it?s the complete opposite.ÿRead the article online here or the PDF here. 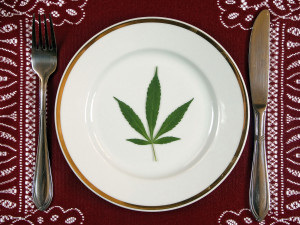 Heroin: Easier for your teen to score than beer

In this article about teen heroin use on SheKnows.com, Dr. Sack explains to parents thatÿthe ease and ability to get heroin is much higher than it has ever been before making it one of today?s ?mainstream? drugs. Dr. Sack says this growing epidemic is something parents need to be aware of and education themselves about. ÿWhen asked to talk about the ways teens end up using heroin, Dr. Sack ÿsays,?many people are getting their first exposure to opiates through prescription narcotic medications. They develop a sense of safety around these medications even though they are highly lethal and account for most of the increase in overdose deaths. Adding that of the steady increase in heroin addicts he has seen, in most cases the heroin addiction follows prescription drug addiction or abuse.?

Read the entire article on SheKnows.com.

Dr. David Sack discusses the increased use of marijuana and its legalization across the country in ?Stoned Age: The Real Risks of Getting High? on TeenVogue.com. In the article, David Sack, M.D., CEO of Promises Treatment Centers, explains that there is a link between teens who smoke pot and an increased likelihood of developing schizophrenia. In addition, Dr. Sack says that marijuana can cause panic attacks and racing heartbeats, leading some people to believe they?re having a heart attack. Read the full article here.

Dr. Sack is featured in the May 2013 issue of Parenting Magazine ? School Years in the STICKY SITUATION column. Parents want to know how they should respond if, or when, their child asks if they have ever used drugs. Dr. Sack is quoted saying, ?Give an honest answer or don?t answer at all. However, you do not have to share every grim detail. A general response will suffice: You grew up during a time when drugs were more accepted and people didn?t take them as seriously and understand their dangers as well. You can even make this part of the conversation. Have you ever felt pressured to make a bad decision or done something you later regretted? The important point is not whether you used drugs, but that you don?t want your child to use drugs, and the reasons why.? 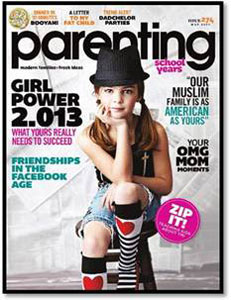 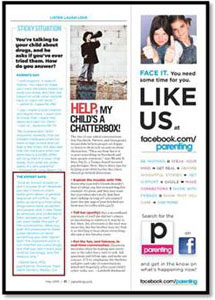 5 Things Parents Do That May Encourage Teen Substance Abuse

In his latest HuffPost Parents blog, Dr. Sack writes, ?Well-meaning parents sometimes do things that unwittingly encourage their teens to experiment with drugs and alcohol. Is there room for improvement in your parenting practices??ÿ Read more in ?5 Things Parents Do That May Encourage Teen Substance Abuse.?

The Daily Wrap from The Wall Street Journal with Michael Castner

Dr. Sack talks about teens and prescription drug addiction in school across the country with Michael Castner of WSJ Radio.ÿ Listen to the interview:

How to Assess Your Teen?s Risk Factors for Addiction

Drug use is common among teenagers. By late adolescence, a recent study published in theArchives of General Psychiatryÿshowed that as many asÿ78 percent of teens have abused alcoholÿand over 40 percent have used other drugs. Although these statistics are daunting, millions of teens are not using drugs. Which group does your teen belong to? How can you know? Continue reading Dr. Sack?s blog on Huffington Post >

5 years ago by Elements 0
Older Entries